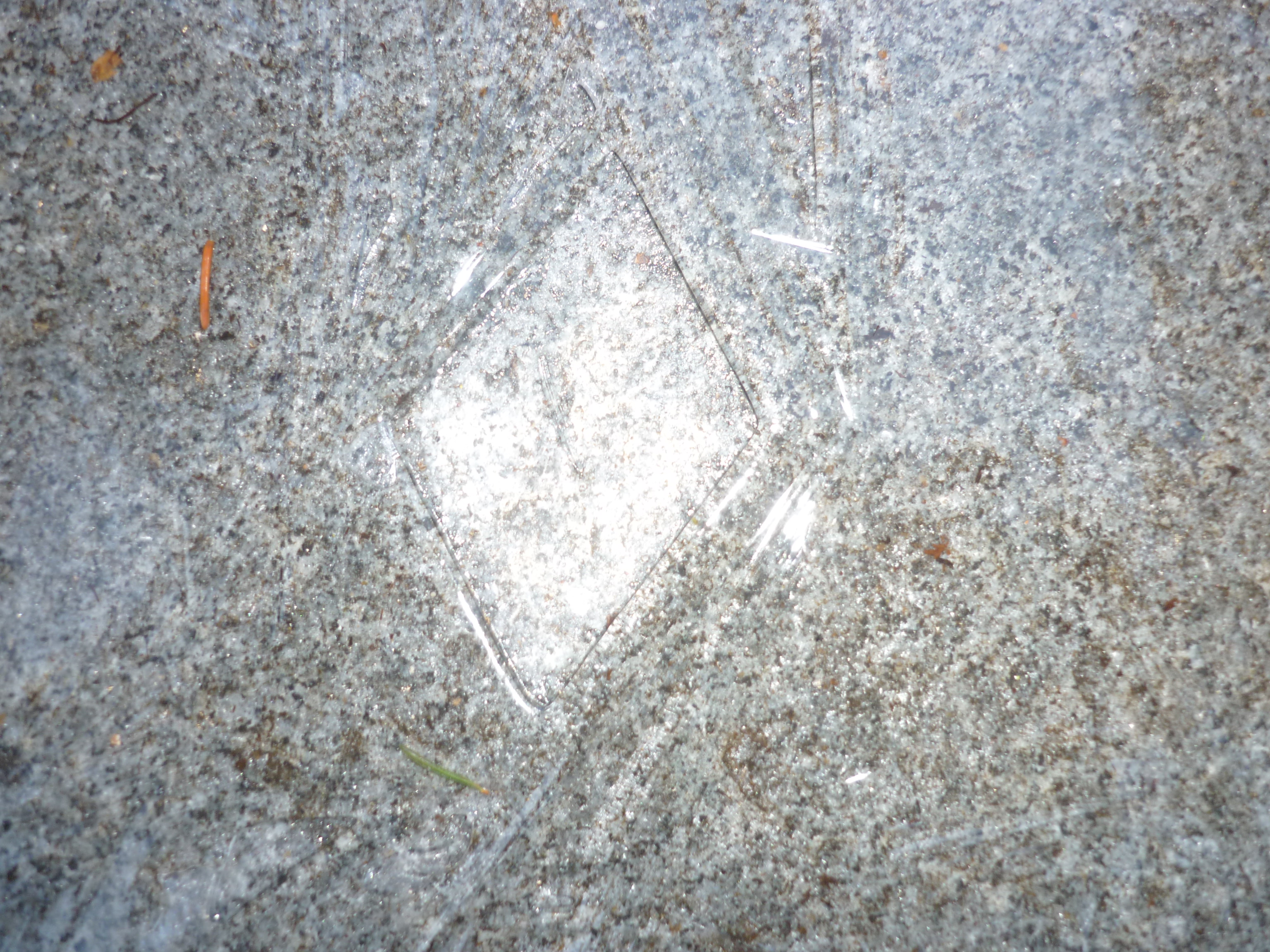 Reflections of Energy, from ostrich farming to empowerment trainings

Guy Wauters, bio–engineer, shaman, healer, spiritual teacher and coach, will be coming to South Africa in March 2012 to conduct a series of workshops on “Personal Power and The Art of Intention’, in Johannesburg and Cape Town. His seminars are unique in that they are the first of their kind to teach people how to manage energy: how to collect it, increase it, and preserve it and to how to use it for break down negative habits, programs, addictions and to achieve goals.

Guy, born in 1960, is Belgian, lived in many countries and has traveled internationally. Allied to Shamanic masters in Altai (Russia), Guy has mastered empowerment training and psycho-energetic protection.

Thousands of people have benefited from his seminars, which help them to recreate their lives, redesign their projects and business’, and improve their relationships. In these power building seminars, people are shown how to develop their Quantum Energy Fields (QEF’s), raise their level of your personal power, to provide protection from external negative influences. (The Human Body is controlled by a Quantum Energy Field. All human and other species have dynamic electromagnetic fields existing in an electromagnetic environment, which was based on Einstein’s theories of quantum physics).

His journey of awareness began in 1992 in Belgium, when he farmed with ostriches. These creatures changed his life completely. Adult ostriches at that time had a market value of 4000 Euro each in Belgium and ‘one day old’ chicks were worth around 300 Euro, so it was a living nightmare when the first birds he bought died and the others barely ate. In fact, they seemed to have forgotten how to eat and failed to even recognize their feed. They still, however, retained the interest to pick, but were consuming foreign objects like stones, straw and sand, which resulted in gizzard impaction, secondary infection and finally death. All forms of medical intervention had failed. To all intents and purposes, it looked as if they had lost their will to survive, a disease commonly referred to as ‘chick fading syndrome’ in the ostrich farming community.

Sitting and observing the chicks, Guy remembered that ostriches had very small brains about the size of their eyes, and as descendents from dinosaurs, with similar behaviour patterns, they were very sensitive to energies. He noticed that their life force was very low, so relaxing his mind and body, he ‘tuned in’ to the chicks and subconsciously activated his more subtle, intuitive senses, something which came very naturally to him. Setting the intention to establish an energetic connection between himself and the birds, he began to chant, until his whole body began to vibrate and glow with so much energy, that it flowed outwards, empathically blending with the Quantum Energy Fields (QEF’s) of the chicks, and even beyond that until the entire stable pulsated with energy. Guy remembered later that his hands felt very hot and painful afterwards. He repeated this ritual daily until the chicks were revitalised and reconnected with their own force fields of energy and able to care for themselves. He noted with interest, that the stronger chicks with their increased vitality and activity then motivated the weaker chicks to eat again.

At that time, farms with “chick fading syndrome” usually had mortalities of more than 70%. By empathically blending his energy field with that of the chicks in this manner, Guy was able to reduce those mortalities to 20% to 40% and even lower.

This simple beginning was to change Guy’s life forever. He realised that working with ostriches was working with energy! Highly intuitive, and receptive, the ostriches reacted to the behaviour, attitude, body language and the kind of vibrations emitted from the QEF’s fields of the people caring for them. For example, the manner in which people entered the paddock and approached the nest to collect the eggs, would determine whether the male attacked them or not. The ostriches reacted immediately according to the type of emissions they emitted. By managing and influencing their energy in a positive manner, people were able to initiate a positive response from the custodian of the nest, and thus safely go about their duties.

Taking it one step further, Guy’s intuition became so finely tuned that he was able to master the ability of being able to separate a bird from the flock. This was a risky business, because a stressed ostrich could start to run at a speed of about 60km per hour. By carefully aligning his thoughts, feelings and movements he was able to part the bird from the group at a distance of about 20-40m, without disturbing the other birds, and was able to guide it to a specific place for treatment or relocation.

Years passed and the ostrich industry world wide went through an economic crisis, so Guy began to apply the knowledge he had acquired through ostrich farming in other sectors. He started teambuilding sessions with companies at his farm and healing sessions for people with psychological problems, depressions, ADHD, Autism, etc. His farm became an official ‘caring’ farm, where he developed programs called ‘Struisveldtraject’ (Struzfield Model) and the Tripple-V approach (desire-trustconnection). People were introduced to the Four Elements of Nature, earth, water, fire and air, which made it easier for people to detect and experience vibrations of a more subtle nature. This was also more acceptable to a wider range of the publicly. The Element of Earth was a stable, calm energy that filled people with trust and confidence.

The Element of Water provided flexibility and was perfect for the releasing emotions, and mental programming. The Element of Fire kindled a sensation of an inner fire, great inner dynamic activity and power. The Element of Air again, was an expanding, overwhelming light sensation within connection, compassion, and new information could easily be born.

The program taught participants how to heighten their intuition and through the use of the Four Elements, working closely with nature, breathing and psycho-energetic exercises, to observe the manner in which their energy fields impacted on the ostriches and horses around them. The manner in which the ostriches and horses reacted triggered very strong reactions in people, revealing deep emotional problems and mentally constrained perceptions. When people changed their thoughts, emotions, attitudes etc., they elicited an entirely different response from the animals. Ostriches were easier to manipulate energetically through attention and focus than horses, 4 because their energy fields were easier to penetrate or influence due to their low level of intelligence (ego), compared to that of horses.

These sessions were life changing for intellectual people, who discovered that their thoughts, emotions, feelings and attitude did have a significant impact on the immediate environment. That our energy fields interact with others as well as with animals, who react to ‘who we are’ and not to’ what we think we are’. Many people came to the realisation that everything in life is energy and that we are all connected with nature, the cosmos, and the planets. The ostriches and horses taught them to differentiate between real energy and illusions which originated from the mind.

These sessions laid the foundation for the seminars, and team building sessions for companies and lectures which Guy now conducts. There have been tremendous breakthroughs in spiritual and scientific research in recent years, and Guy is currently introducing his concept of ‘Energetic Permaculture’ in vegetable gardening projects internationally. This project creates empowerment, self-development and consciousness in ones self, the people and their spiritual interactions with the seeds, plants, the Earth and the Cosmos. He provides people with powerful tools to help them to challenge old ways of thinking and being, and assists them to free themselves from past limitations to lead fuller, more responsible and directed lives. His seminars are for those who are looking for something ‘fresh’ and ‘new”, who want to realize their full potential, and to break free of negative influences in their lives.

FOR FURTHER INFORMATION ABOUT GUY WAUTERS VISIT HIS WEBSITES BELOW